The twelve month matured Huguenot cheese from Dalewood Fromage, an artisanal cheesery in the heart of the Cape Winelands, was crowned the 2016 South African Dairy Product of the Year at the Agri-Expo Qualité Awards Dinner at Grand West on Wednesday 27 April 2016.
The Huguenot, developed by Rob Visser in 2003, is the largest head of cheese in South Africa and the signature cheese of Dalewood Fromage. This semi-hard, brushed rind cheese with its unique flavour and texture is medium-full in character with nutty overtones and has consistently won numerous prestigious awards since 2004. 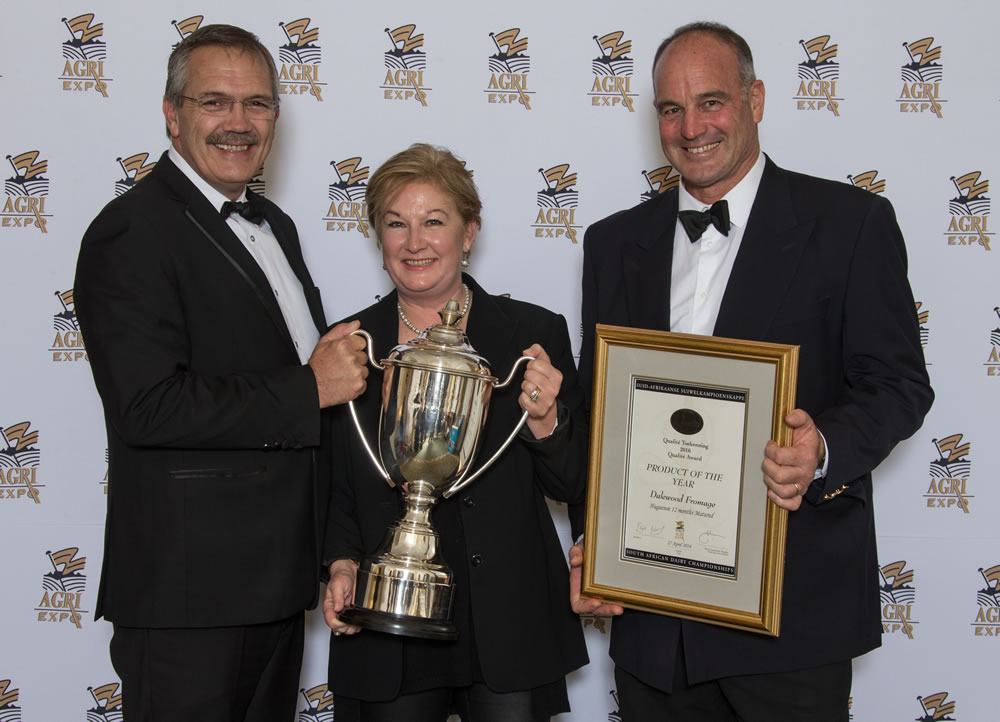 Johan Ehlers, CEO of Agri-Expo, hands over the floating trophy for the 2016 SA Dairy Product of the Year to Petrina and Rob Visser of Dalewood Fromage
See also: drinksfeed.com